How to Know What Insurance Customers Want 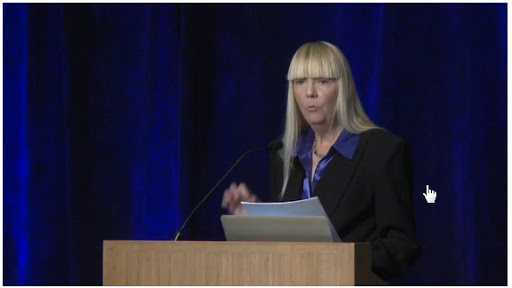 What do today's customers want from insurance providers?

Insurance providers have to understand not only when but also how to best help customers with their needs, Lynn Kesterson-Townes, worldwide commerce marketing leader for IBM, told the Insurance Marketing and Communications Association (IMCA) Annual Conference in Nashville.

Firms that figure out how to serve millennials will be able to capture other customers more easily and keep them, the e-commerce expert said.

According to Kesterson-Townes and research she shared from IBM, the insurance marketing and communication strategies of the past no longer work because insurance customers have changed.

"Obviously, they're the same people, but the way they want to interact with their insurers is very different these days," she said.

One way customers have changed is that they are less loyal than customers used to be.

In the past two years, 37 percent of customers of insurers contracted with IBM report that they switched their insurers. This churn rate is rising, it's up 13 percent over the last few years.

"That's because we believe that in today's customer?activated environment, marketing and communications strategies that used to work are no longer working to sustain retention or to significantly grow the business," she said.

Kesterson-Townes shared two examples. One was a man, Bob, who had a car windshield claim. He also had a $50 discount coupon that would have helped pay his deductible.

The other story was about Ann, whose husband just died in a fatal car accident. She received a condolence letter from her insurance carrier. Unfortunately, in the same envelope Ann also received a letter from the same insurance company informing her that her coverage was being cancelled.

"Unbelievable, right? Unbelievable. How did the marketing and communications department get to this point? Sorry your husband died and oh yeah, we're canceling your policy! Did they not want to use another stamp? You wonder what was going through the heads of people, right?" said Kesterson-Townes.

According to the IBM consultant, these insurers were not thinking about their insureds at these critical times of interaction.

She said today's customers also expect all of the people they have relationships with to be able to respond in the same way. "Therefore, marketing and communications functions in insurers need to be more nimble, more innovative, and better able to engage with their customers and help their entire ecosystem along as well," she said.

"They don't want channels. They want interaction points, and we've changed that language on purpose because channels infer a one?way communication. From me to you, from the insurer: 'Let me push this product to you.'"

As examples of interaction points Kesterson-Townes cited emails from brokers, face-to-face-meetings, talking to a customer service representative over the phone, and click-throughs on a website, even a comparison website.

"As digitally enabling technologies empower and connect customers more easily with businesses and with each other, a one?size?fits?all marketing and communications strategy no longer works. In fact it's competitively disadvantageous because what we used to have is an organization?centered economy and now we have an individual?centered economy," the IBM executive told the communications professionals.

But that doesn't mean personal interaction is dead.

"[A]t the point of purchase, we are still seeing a lot of interaction, whether it's on the phone or in person with a broker. What does this mean for insurers? Customers are obtaining their information and they're quoting digitally. Then they're purchasing a lot of times physically, we would call it," she said.

She said this means that insurers need to be proficient at omni-channel marketing, at merging the digital and the physical experience so that for the customer it feels like the relationship is "building all along instead of restarting with every new interaction point."

Due to the ubiquitous connectivity, insurance customers are looking for these "customer?centric" interactions.

She stressed the value in being a leader rather than follower in understanding customers. The best place to lead is with millennials, the most empowered generation, people who are under the age of 30.

"You need to embrace your digital millennials because you can learn a lot from them. Once you get successful working with them you can use those lessons in other areas," she advised.

She said two?thirds of millennials are demanding customer digital and physical experiences that are harmonized.

"They want increased transparency. They want to really interact and have a relationship with you. They want an understanding of their personal needs. They want fast responses. They still want advice. But if their needs are not met, they're even more likely to switch insurers than the rest of us. But they're looking for value. Notice, I said 'value' not price," Kesterson-Townes told the audience.

"We believe that if you can market and communicate to millennials effectively, you will actually be able to capture all of your customer segments," she said.

"They want advice, simplicity, convenience, and value from their insurers, which brings us to trust. After all, insurance essentially started as a social network among like-minded people to share risk. How come most customers don't trust their insurers?"

She said IBM surveys show that more than half (56 percent) of customers do not trust their insurer and that people with low trust in their insurers are almost 20 percent more likely to switch their providers. "That's why this is important to you," Kesterson-Townes told the IMCA audience.

According to IBM, it's not useful to simply look at demographics or ages to segment today's customers. Demographics actually offer limited insight into predicting the interaction point preferences, she said.

"That's a little counter-intuitive to some people. Some people would think the younger, the more likely."

If not demographics, then what should insurance marketers rely on to understand customers? IBM thinks psychographics, or segmentation based on customer attitudes, is the answer.

"It's based on behaviors. It's based on their needs," she said. "That is much more indicative of how someone wants tot be interacted with, not just how old they happen to be. "

IBM identifies six customer segments, to which it assigns names including Loyal Quality Seeker and the Price-Oriented Minimalist.

Susan, 33, is unmarried, an energy consultant, and moving from Seattle to Boston. So she needs car insurance, and also needs insurance for her new house in Boston. And she wants life insurance because she's going to be adopting a child in Boston.

From a psychographic standpoint, Susan is a "Demanding Support Seeker" in IBM's segmentation, or as Kesterson-Townes described her, "she's high maintenance."

"She acts like a traditional insurance customer. She needs a lot of hand?holding. She really looks to insurers for advice. She trusts them, but she's also every bit a person of this age, so she's a modern empowered consumer," she said.

This customer is very connected and social media savvy but prefers that all of her interactions be personal, from information gathering all the way through purchase and servicing after purchase.

"Demanding Support Seekers, or these high maintenance ones, have the lowest technology affinity in interaction. They want advice. They want full coverage. They want a one?stop shop. They want someone on the other end of the phone," Kesterson-Townes said.

John and Ann Cooke of Los Angeles epitomize the second segment Kesterson-Townes described. John is a 28?year?old manager at a large retail store. Ann is a 25?year?old nurse at a local hospital. This couple is extremely active on several social media sites, especially Facebook (which Kesterson-Townes says is actually for older people these days).

John and Ann are discussing buying a new car. They've done a lot of research on their own. Now they've turned to Facebook to seek advice from their friends and family on their experience with three models they are considering.

How they prefer to interact with insurers depends on where they are in the process, according to Kesterson-Townes. For example, when searching for insurance, they want to hear from their peers about their experiences. They don't want to interact with insurers. But when it comes to purchasing, they will flip to a personal interaction such as telephone or face?to?face.

"If you're trying to sell this kind of group car insurance, for example, make sure you're Facebook friends with John and Ann's friends and network in," the IBM expert advised.

The third fast-growing segment is represented by Dan, a 27 year- old single and very successful video game designer who's purchasing his first rental property. Dan is an "Informed Optimizer" in IBM-speak. "These guys optimize everything. They want to have the right insurance from the right insurer at the right time," Kesterson-Townes said.

These customers have a very high technology affinity, they're highly self?sufficient, they're informed, and they're willing to experiment.

"They seek an optimal priced?value ratio. Price is important, but they will shop around for exactly what they want," she said.

They prefer to interact digitally throughout the process if possible, even through purchase and servicing. "They're comfortable in that world, but because they want the tailored product they demand, they'll get on the phone if they have to, to get exactly what they need," she added.

As he researches landlord policies, Dan would be really impressed if an insurer reached out to him while he's online with an appropriate product offer. If a company actually includes an app that Dan can use to communicate with the insurer throughout the relationship, Dan would be thrilled.

She stressed that personal interaction will remain important. In fact, the highest sales conversion rate is in transactions through personal contact, with about 80 percent, versus 30 to 40 percent conversion on websites.

Customers want a seamless experience, involving  every contact that they have with the insurer, so they don't have to start over providing their information at every interaction. That turns them off, the IBM executive told IMCA.

"Therefore, when they do talk to, let's say, your call center rep, marketing is no longer about the call center rep getting out the right script and starting to pitch whatever product is the product of the day," she said. "It really is about understanding what that customer's talking to you about and being able to take them to the next level. "

Marketing is about personalizing the experience for thousands, or even millions, of customers.

"Whether you're responding to a customer in real time or anticipating a need that they didn't even know they had, today's insurance marketing and communications functions must exceed expectations to give their companies a competitive edge. It's not just about speed. It's about the experience. Every interaction is a moment of truth and moments matter. It's about delivering relevant experiences at the right time and the right place," she said.