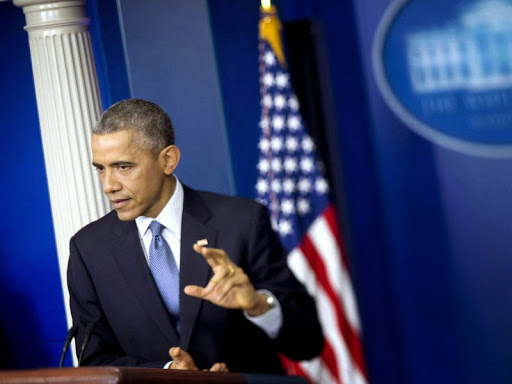 (Bloomberg) -- In an effort to expand homeownership among lower-income buyers, President Barack Obama plans to cut mortgage-insurance premiums charged by a government agency.

The annual fees the Federal Housing Administration charges to guarantee mortgages will be cut by 0.5 percentage point, to 0.85 percent of the loan balance, Julian Castro, secretary of the Department of Housing and Urban Development, said today during a conference call with reporters. Under the new premium structure, FHA estimates that 2 million borrowers will be able to save an average of $900 annually over the next three years if they purchase or refinance homes.

Shares of private insurers that compete with the FHA fell on the news, which Obama plans to discuss during a visit to Phoenix tomorrow.

"We believe this is striking a very good balance between being fiscally responsible and also enhancing homeownership opportunities," Castro said.

'Locked Out of Market'

The FHA has been increasing premiums since 2011 to offset losses caused by defaults on mortgages it backed after the housing bubble burst. Housing industry participants say the increases in annual fees, which are now at 1.35 percent of the loan balance, are squeezing buyers with modest incomes out of the market.

"Lots of people have been locked out of the market, particularly lower-wealth borrowers and borrowers of color, by the high prices at FHA," said Julia Gordon, director of housing finance and policy at the Center for American Progress, a group affiliated with Democrats. The premium cut "does put homeownership within the reach of more people."

The FHA estimates that 250,000 first-time homebuyers will enter the market after the premium reductions.

In addition to its annual premiums, the FHA also charges borrowers an upfront fee, which is currently set at 1.75 percent of the loan balance and is not slated to change.

Democrats and housing groups say reducing FHA fees will help the agency's bottom line because it will boost the volume of lending, which declined when homebuyers had to pay more to obtain loans. A December study by the Mortgage Bankers Association said the premium increases had reduced the value of the insurance fund by $4.4 billion as higher costs drove away creditworthy borrowers.

Republicans have said premium cuts should be off the table because the agency's insurance fund remains below legally required levels. House Financial Services Committee Chairman Jeb Hensarling said last month that "a broke FHA is a broken FHA."

"This sounds like a move in the wrong direction," said Mark Calabria, director of financial regulation studies at the Cato Institute, which supports free markets. "FHA has a portfolio of poor quality loans. This will end up costing the taxpayer considerably."

The agency is required to keep enough cash on hand to cover all projected losses in its $1.1 trillion portfolio. The insurance fund required a $1.7 billion draw from the Treasury Department last year. In fiscal 2014, the fund posted its first positive balance in two years.

The fund must also maintain a cushion of 2 percent of its value, a level it isn't projected to reach until fiscal 2016.

Castro, who is scheduled to accompany Obama to Phoenix, said the fee cut would have a "marginal" impact on the insurance fund.

Radian climbed 18 percent last year after more than doubling in both 2012 and 2013 and had said it benefited as private companies gained market share from the government.

Mortgage insurance helps cover losses when homeowners default and foreclosures fail to recoup costs. The coverage is typically required when borrowers' down payments are less than 20 percent of a home's price.

The FHA had a 30 percent share of the mortgage insurance market in the third quarter of last year, down from about 69 percent in 2009, according to data from Inside Mortgage Finance. Private firms wrote 42 percent of the coverage in last year's third quarter, and a government program for veterans accounted for most of the remainder.

Some Ginnie Mae-guaranteed securities backed by FHA loans also declined on concern that more borrowers will find it worthwhile to refinance, repaying debt that's trading at higher prices at face value. Bonds with 3 percent coupons fell by 0.15 cent on the dollar more than similar-duration Treasuries as of 11 a.m. in New York, according to data compiled by Bloomberg, after typically outperforming government debt when bond prices have dropped in recent months.