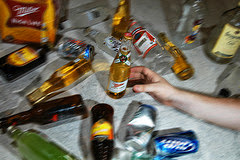 Progress on impaired driving has stalled since the mid-1990s. Despite earlier declines in alcohol-related highway deaths, about a third of all drivers who die in crashes in the U.S. have blood alcohol concentrations of 0.08 percent or higher. More than 7,000 deaths could have been prevented in 2012 if all drivers were below the legal limit.

The key to reducing alcohol-impaired driving is deterrence. People are less likely to drink and drive if they believe they'll get caught. Sustained and well-publicized enforcement is the best way to let potential violators know they won't get away with it.

Effective measures against impaired driving include: